Located on the edge of Harpenden Common, Harpenden Public Halls is ideally suited for people in the local area or people who come from out of town. The fact that the venue is situated within an easy walk from the town centre and the local train station makes it a highly convenient option for most people.

One thing that Harpenden Public Halls is well known for is offering a highly varied programme. This means if you are looking for a live music show, watching films, looking for a comedy show, theatre pieces, children shows and dance acts, this is the venue that is ideal for all of your needs. 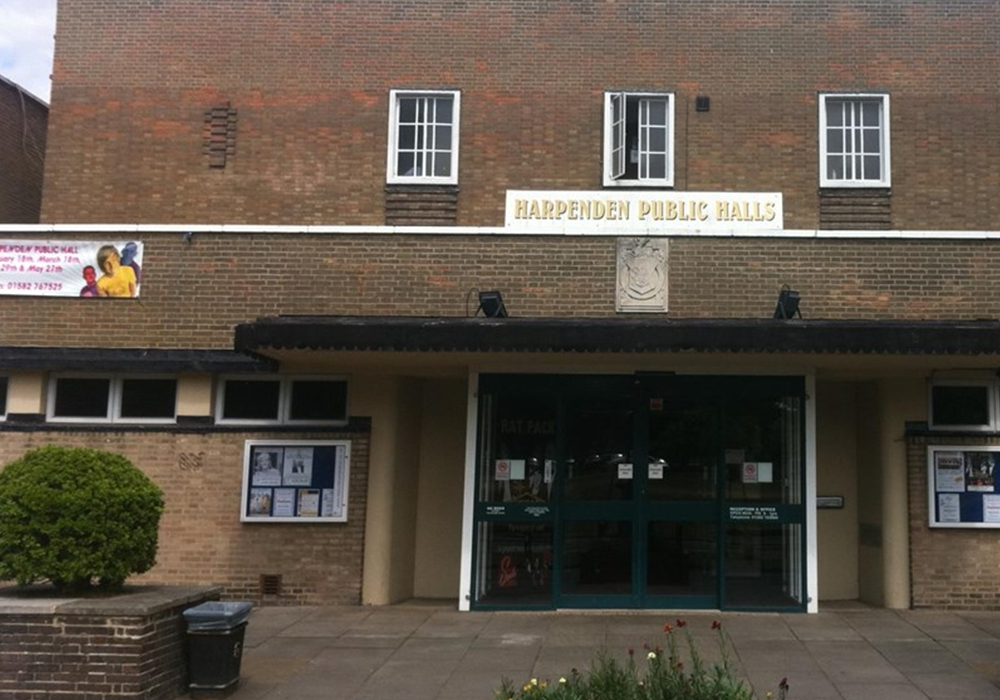 The Harpenden Public Halls is also the venue for the annual local Christmas pantomime, so it is an integral part of the festive season for many Harpenden residents. The venue is also the home to the Harpenden Film Society which is well regarded in the local and wider community.

The venue is also known as an integral hub of the local community and no matter what you are looking for, there is likely to be something that is of benefit to interest. The venue welcomes people from all ages from pre-school age through to pensioner clubs. There are antique fairs, exercise classes and youth theatres which mean that there is something for people of all interests.

There are two rooms on offer in Harpenden Public Halls. The smaller of the two rooms is the Southdown Room and this is the more intimate choice of the two rooms at the venue. The capacity of this room is 70 people sitting down or 100 people standing up.

The larger of the two rooms is called the Eric Morecambe Hall and it has a capacity of 410 people sitting down or 525 standing people. Eric Morecambe is one of the greatest comedians of all time and he moved to Harpenden in the 1960s.

The varying capacity on offer in the venue ensures that it is available to hire for various reasons. This means the venue welcomes wedding receptions, fairs, exhibitions, conferences and parties.

This means that the Halls have a large part to play in people's lives and there is a great deal to be said for the fact that the hall has helped create so many fantastic memories for many people. With a community the size of Harpenden, there needs to be focal points where people can gather and have a great time together.

The venue is highly regarded

The hall has also been used in numerous TV productions and films, which has provided many people with fun and entertainment when it comes to watching with added intent. These events may also encourage people to socialise around the hall in the hope of being featured in the background of a shot.

Another very strong reason why the venue is considered a great option for parties and celebrations comes with the fact that there is a professional kitchen and fully licenced bar on offer. Every good get-together is enhanced with food and drink so the fact that there is a high standard of food and drink on offer is definitely a great reason to choose the Harpenden Public Halls as the setting for an evening out.

Opening hours and getting there

The box office for the Harpenden Public Halls is open on Monday to Friday with an opening time of 9am and a closing time of 5pm. However, when it comes to performance days, the box office remains open until 15 minutes after the show or performance has begun. 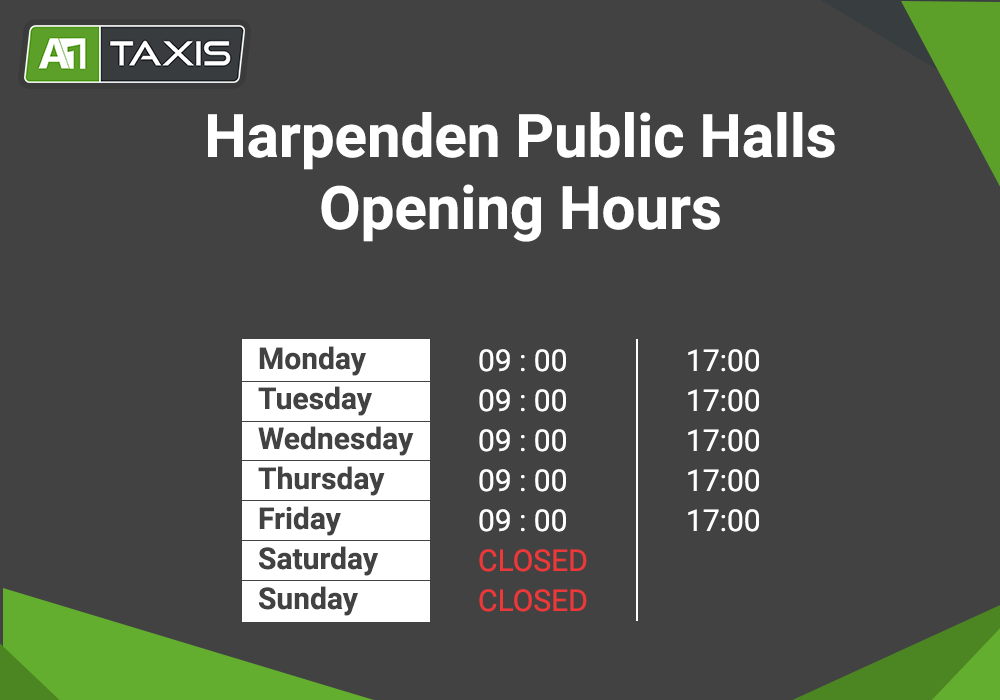 For Saturdays, Sundays and Bank Holidays, the Box Office opens two hours before the beginning of a show and again, remains open for 15 minutes after the show's start time.

The Public Halls are just a 2 minute walk from Harpenden Train Station. Upon exiting the station, people should take a left onto Station Road and then follow the road until they reach the Harpenden Arms Public House.

Taking a left at the public crossing leads onto a passageway and following this passageway takes people to the Public Halls.